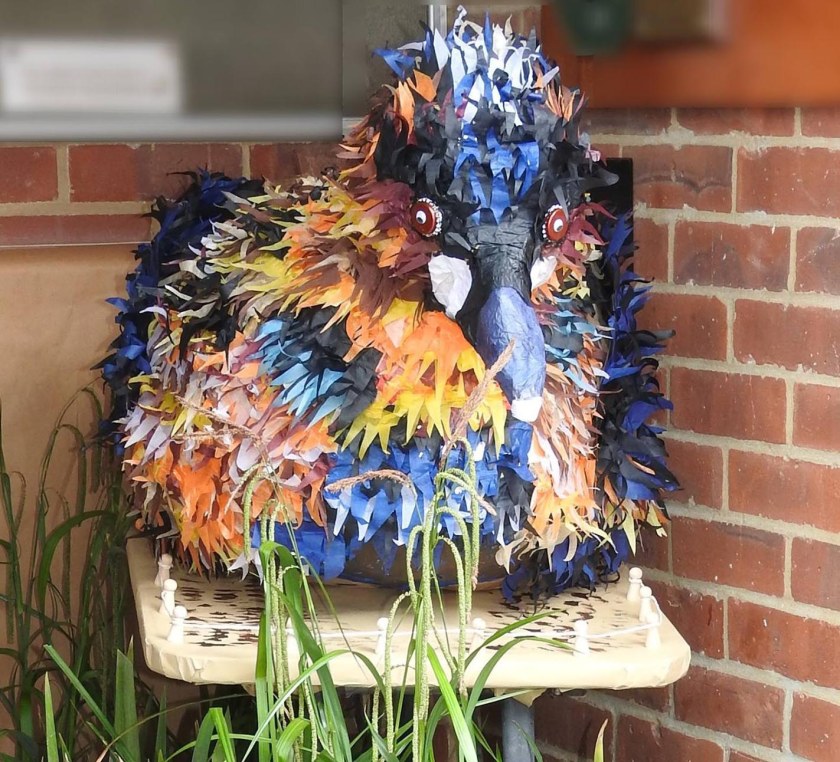 Here’s the amazing ACHG Scarecrow that guarded the Heritage Centre during the Aldbourne Scarecrow Trail last weekend – an ‘Ugly’ bird joining in with the “Fairy Tales & Musicals” theme. A mixed weekend weatherwise, but as ever a fabulous family event organised by the hardworking team at Aldbourne Churches Together – I think there may still be people out there hoping to solve just one more clue!

In 2016, the Scarecrow Trail featured “Award Winners” and the ACHG paid homage to this brave Dabchick whose portrait still graces the Officers’ Mess at RAF Odiham.  Do you know her name?   Find out more about the Aldbourne Community Heritage Group and the Aldbourne Heritage Centre:  www.aldbourneheritage.org.uk and on Facebook 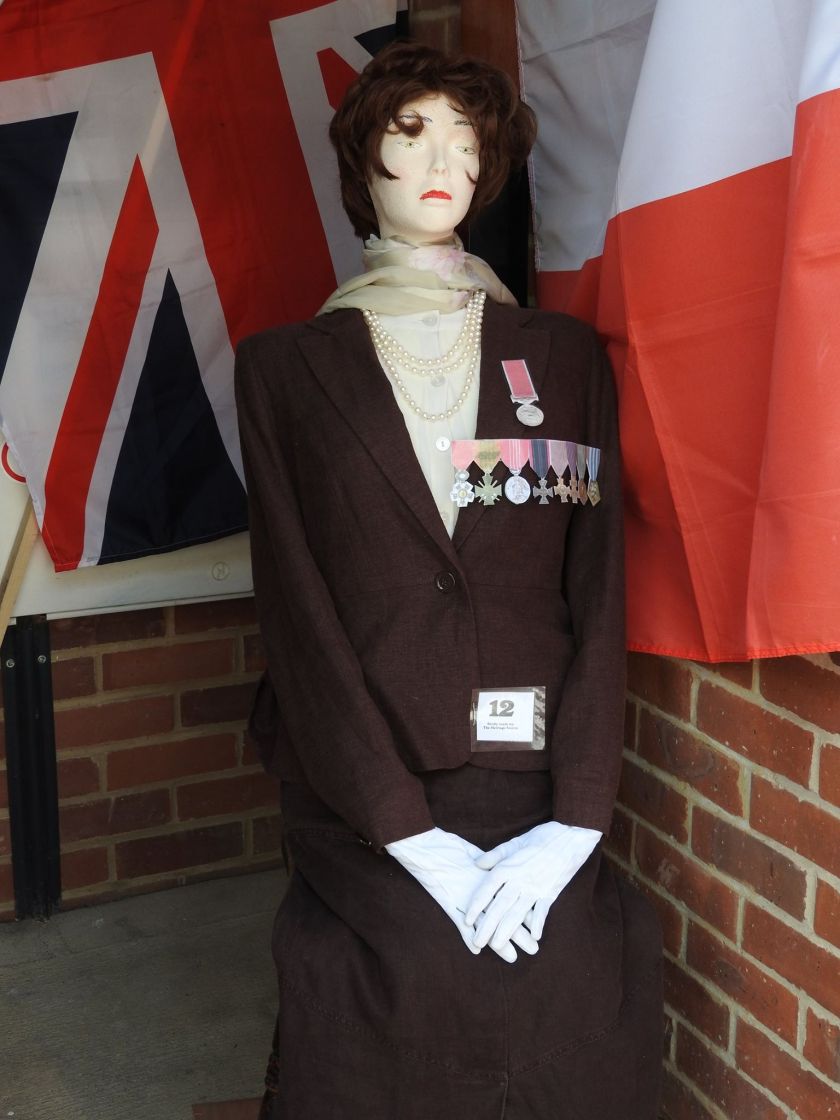