Archaeologists have found a striking and apparently unique square monument beneath the world famous Avebury stone circle in Wiltshire.

The UNESCO World Heritage Site, cared for by the National Trust, was built over several hundred years in the 3rd millennium BC and contains three stone circles – including the largest stone circle in Europe which is 330m across and originally comprised around 100 huge standing stones.

A research team led by the University of Leicester and University of Southampton used a combination of soil resistance survey and Ground-Penetrating Radar to investigate the stone circle.

Their work was funded by the Arts and Humanities Research Council (AHRC) and supported by the National Trust, as well as archaeologists from the University of Cambridge and Allen Environmental Archaeology. 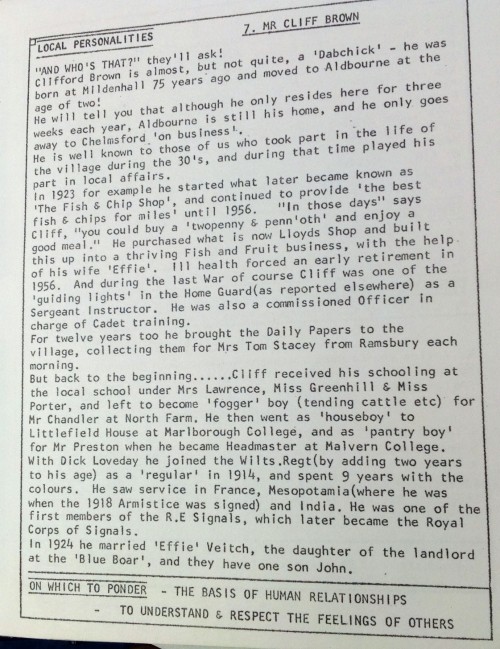 Clifford Brown and ‘the best fish and chips for miles’, with thanks to John and Paul Brown for sharing their family photos and for many entertaining chats via email and the Aldbourne Net Forum

We’ve just returned from a holiday in Dorset, where I discovered the newly refurbished Bridport Museum With a friendly welcome from the volunteers in reception and the opportunity to browse the light, bright and informative displays, it was a lovely way to spend an afternoon.  Spotting two rumbler bells of a very familiar design was a bonus!